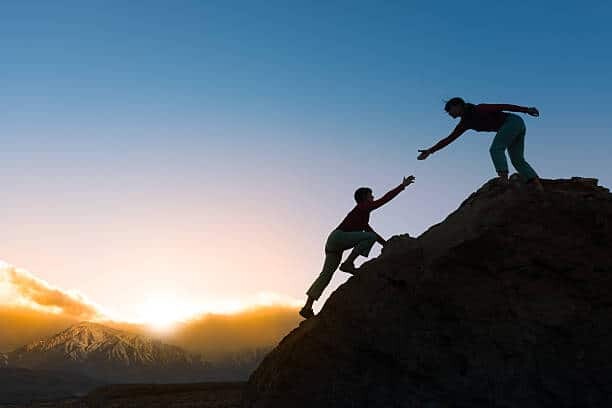 Upgrade your skills. Leave everything to Us

the trainer was able to discuss the topics of this course and we have easily learned both theories and laboratory exercises for this ccna course. Great workplace, peaceful, and all devices are usable and in good conditions

The highest-grade equipment and most courteous personnel are in this institute.

The Trainer is knowledgeable and a very hands-on, so we had a good time learning and completing every task with efficiency and successful learning.

Thanks to Sir Joel and Joseph for sharing your knowledge and train us for (CISCO,WIN SERVER &amp; EXCHANGE SERVER). Keep it up and hope to attend a training again for ITIL…sana may discount uli…hehehe…regards to all.

A bunch of thanks! OMG CNCTC! filled my six pounds muscle on my head a very solid knowledge. Super thank you!

I took CCNA 1-4 under Roel Laranang and I can say its worth it, discussions and lectures was so precise and delivered in a very clear way. Devices/equipments and hands on training was very helpful and with free manuals you can review while troubleshooting. I was able to get 1000/1000 perfect score when I took my CCNA exam last October 17, 2012. I am now just waiting for my Cert. =)

I was very happy w/the training I received here and would recommend anyone to use these facilities to train. Very knowledge and able trainers with real world experience. Thank you the opportunity to learn here! thanks

Keep it up guys for great teaching and accommodating us, great experience and learning.

Thank you Sir for explaining clearly the course flow in Cisco 1-2, 3-4 and the laboratory exercises.

Thank you for a great trainer. Great presentation style with lots of opportunities to ask questions and talk about real life troubleshooting scenario which all made us for a really enjoyable and informative training course.

What an excellent instructor and I learned things that I did not know about.. including how to do things better than I have been. Again thank you very much.

“I am so impressed with CNCTC  the courses; the manuals which are actually usable, readable and understandable. SALAMAT…

Trainer made me motivated to re-certify. Plenty enough lab equipment for testing technologies. Wish I would of had more time. Trainer was excellent in his delivery of the course/subject matter.

I had one-on-one training, so access/availability to equipment was superb. They recently moved to the EDSA – Pasay City Center, so there’s some work to be done on the interior of the center. All in all, the experience was great. Staff was very helpful and attentive. I would suggest further training to my peers (and everyone else). Thank you so much CNCTC staff!!!

Training at CNCTC is memorable and it’s worth the cost. Theories combined with real-life and industry-based application will really equip you in your field of specialization in IT. The Trainer plays an essential role in uplifting the quality of training at CNCTC. No dull moments. He masters his craft. He has a wide array of industry experience and the wit and wisdom to keep the hands-on training lively and beneficial to trainees. Thanks Sir for the knowledge, skills, and attitude you’ve imparted with us. Your labor for us is not wasted… WE LOOK FORWARD TO TRAINING SOON AT CNCTC IN OTHER TOPICS… MORE POWER TO YOU!

Many thanks to CNCTC, i learned a lot in CISCO, Windows Server 2K3 and now i am truly MCITP Windows Server 2008 – server administrator! i passed all three exams in 1 month time.

Training was more than what we paid for. Kudos.

I was so impressed and I loved the interaction from the Trainer. The course overall was AMAZING!

Training was excellent with good interaction. Got complete hands-on experience and certification guidance. Thanks a lot CNCTC.

The trainer is very knowledgeable, Training is very interesting no dull moment for the 5 days training. Continue the great training sessions.

Trainor is evidently highly skilled and is a master of the subject matter.

Very Good Training Center! I have learned a lot from the Actual training that we had in our class.

The trainer is knowledgeable to our training course and very clear to explain every topic in ccna bootcamp.

I will recommend again this school to our future i.t training course to my team leader and manager.

Many thanks to CNCTC, I learned a lot in CISCO, Windows Server 2K3 and now i am truly MCITP Windows Server 2008 – server administrator! I passed all three exams in 1 month time.

I already finished my CCNA 1 and 2 and its really help me a lot to understand the routing and how its work. Thanks a lot hope you teach more. 🙂 CNCTC

The best training I have taken and the course was taught in very detailed way.

Many thanks to cnctc-makati branch,specially to our instructor,sir roel,with is unselfishly guidance makes my career in a confidently competitive globally..and to all guys out there who want to change there life try cisco course at cnctc and surely you never regret

I was very happy w/the training I received here and would recommend anyone to use these facilities to train. Very knowledge and able trainers with real world experience. Thank you the opportunity to learn here! thanks

Satisfied in all aspects. Excellent

This course will teach you all the necessary knowledge and skills in software development and design including understanding and using APIs, Cisco platforms and development, application development and security, and infrastructure and automation.

Before you get this course you need to at least have the following:

Upon completion of the course, trainees will be qualified to be a Systems engineer or IT systems manager.

Call Us for more information

Take advantage of CNCTC 's latest interactive Instructor-Led Live Online Training. Online Courses are delivered using WebEx to bring the classroom to your home or at your workplace and can be accessed directly on your own computer with an internet connection. By using Cisco’s WebEx, and integrating our Computer lab facilities, we can provide a near-classroom experience remotely to your own location of choice. Register Now!